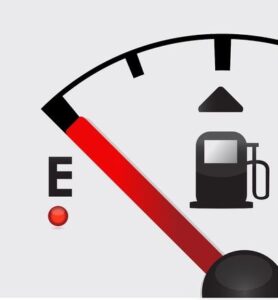 If you drive around Lehighton, you’re likely to go past many gas stations, like the Sunoco on Blakeslee Boulevard East or the Olde Tyme Corner Store at Mahoning and S. 7th Street. In general, gas prices have been in the $2.45 to $2.55 range, per gallon, for regular gas. Midgrade has been going for $2.75 to $2.85 and premium has been $2.95 to $3.10. Meanwhile, diesel fuel prices at places like Darryl’s Auto Service Center on Mahoning near S. 10th Street hover around $2.90. A year ago, gas prices were cheaper. A couple years ago, they were much higher, nearing $4 a gallon. All this is to say that gas is something we don’t want to waste. If it were $1 a gallon, maybe we could joyride for the fun of it and not worry… but current and potential future prices tend to put a dent in the wallet, so how can we conserve gas while driving our vehicles around Carbon County?

Are you the type of person who “puts the pedal to the metal?” Those “jackrabbit” starts waste gas. If you want to conserve gas, then accelerate gradually. Also, it’s best to stick to the speed limit, rather than go over it. Not only will that save you a speeding ticket, but it’ll also conserve gas.

Simple things like letting your foot off the gas pedal while either going down a mountain or anticipating a traffic light stop coming up also contribute to gas conservation.

Summer is coming, and you know what that means: hot temperatures. Even Pennsylvania gets hot come July, right? During the summer months, if you can choose to drive places during the cooler parts of the day (near sunrise and sundown), your vehicle will be taking in cooler, denser air. This ends up boosting your engine’s power and mileage.

In the old days, people would turn their A/C off in the summer and open the windows, thinking it would conserve fuel. These days, though, the way vehicles are made, it’s actually better to use your A/C instead of opening the windows on a hot day. Why? Well, today’s air conditioners actually create less drag on the vehicle’s engine, compared to driving with your windows open.

If and when it’s freezing cold outside and you start your car ten minutes before hopping into it to go to work, did you know that those long “warm-ups” aren’t really necessary? They’re just wasting fuel.

Finally, when’s the last time you took your vehicle to a shop for a check-up? When you do that, have the mechanics or technicians check your tire air pressure. If it’s too low, your fuel economy is reduced. Also have them check the air filter. If it’s clogged, it might be time for a new one.